Frontline workers are solving the great challenges of our time.

Our mission is to help you access the best jobs and the best hands-on training. 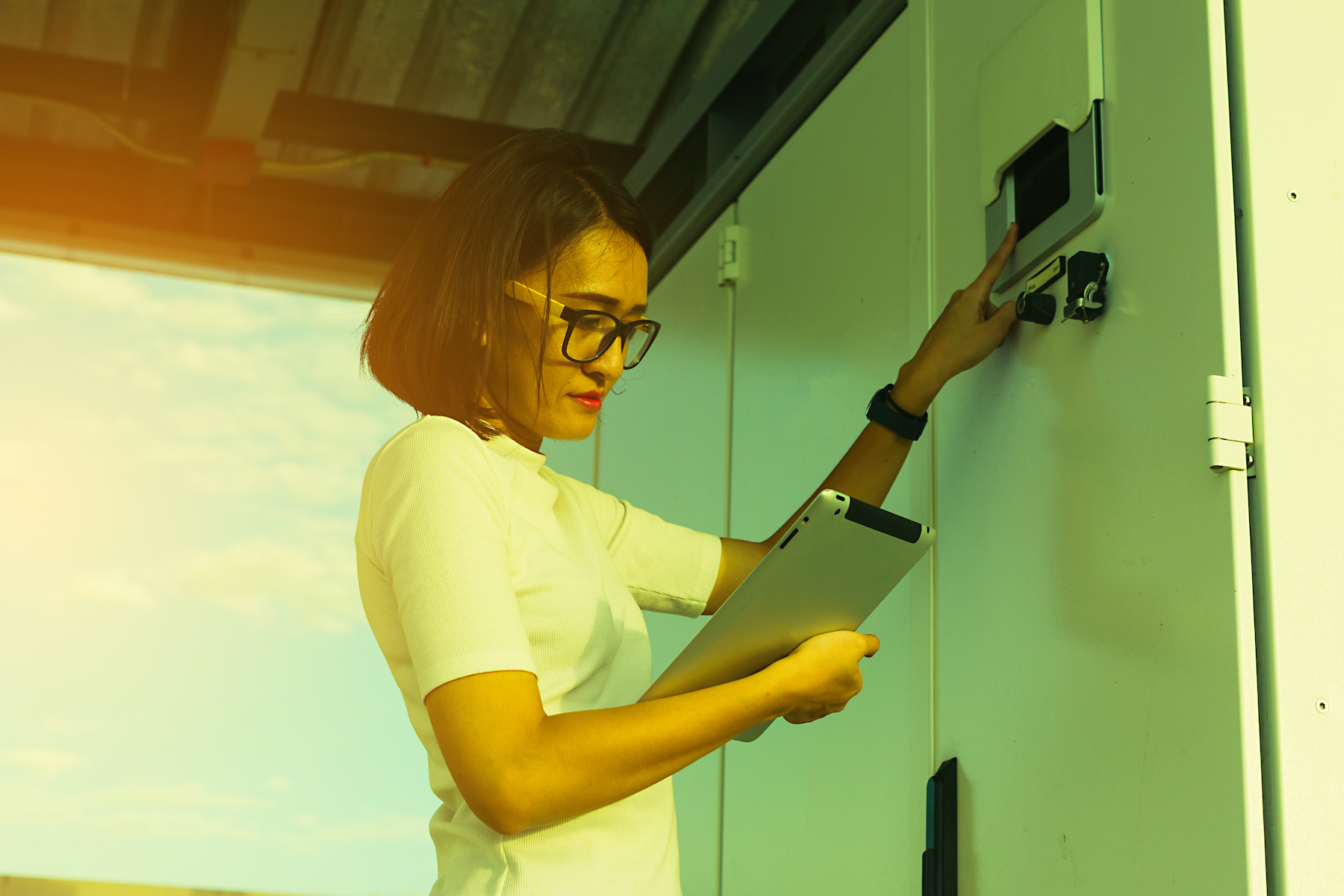 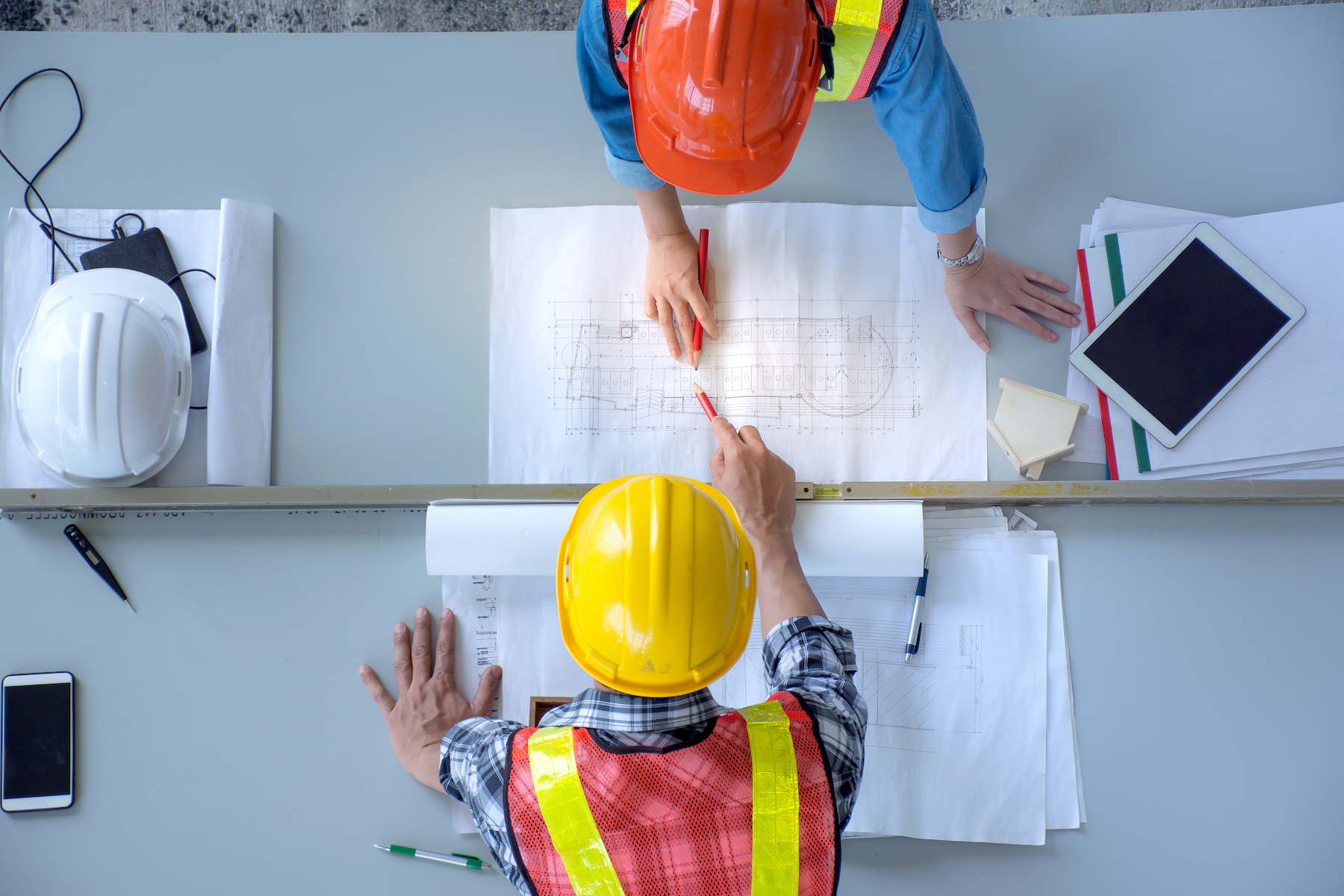 We connect our learners with the best companies in the industry to fill some of the fastest growing job categories in America. We allow training programs to build trust with high-quality employers and connect many students with employers over time.

Trainers and Trainees Job Search Together

Use Greenwork to showcase your students' skills and manage their resumes.

Trainers can share multiple candidates with employers in a single dashboard. They can also share details of their program: employers should value the candidate and the training. 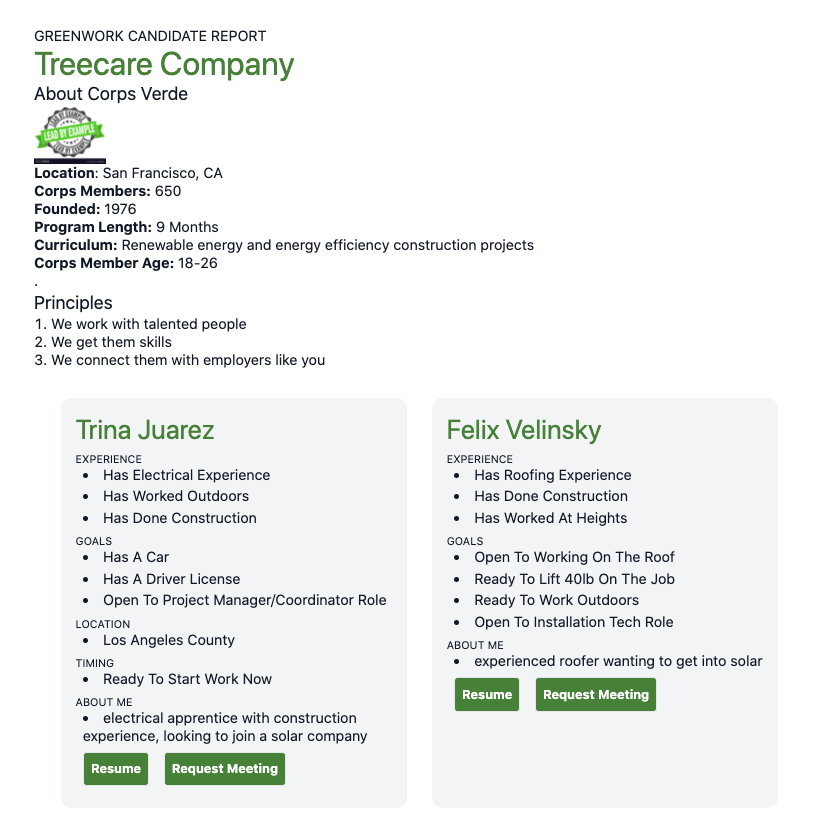 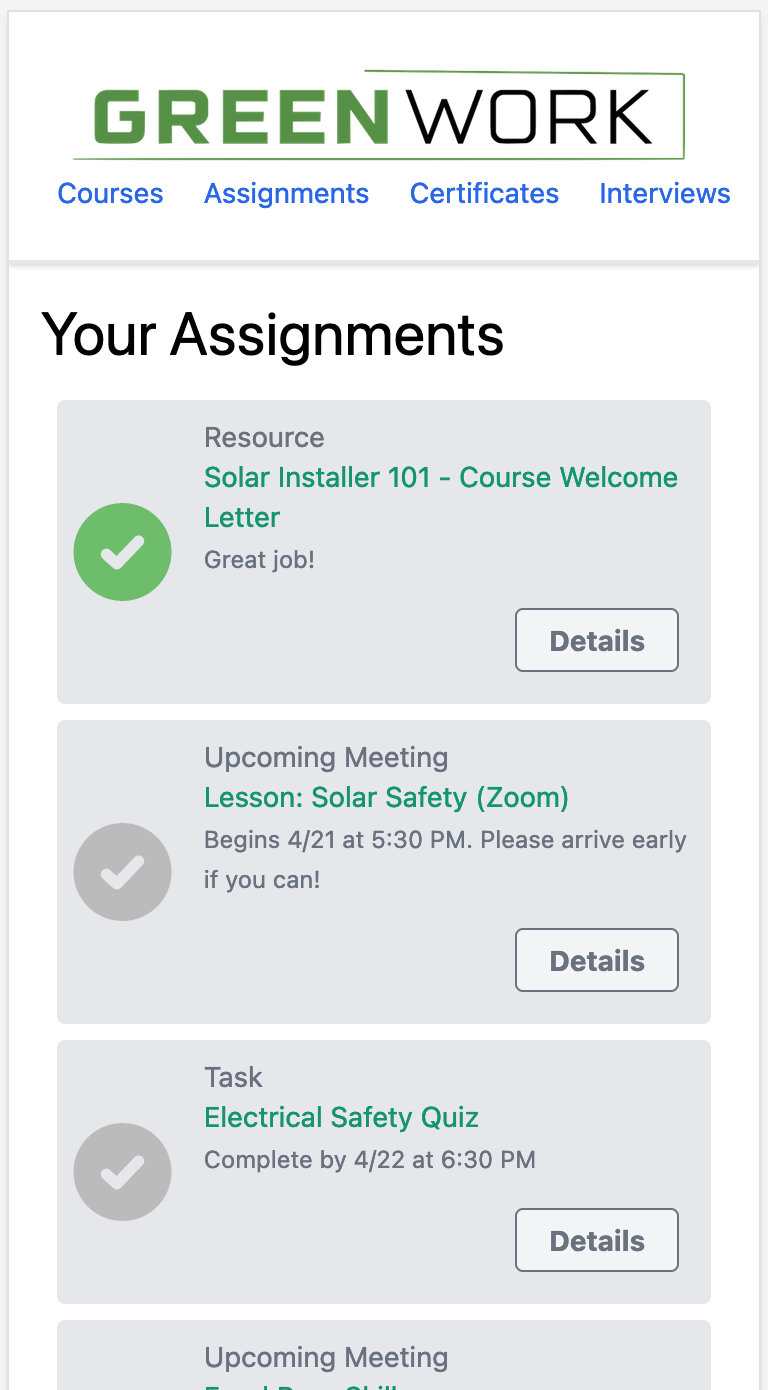 Trainers and Employers Collaborate on Curriculum

Greenwork allows training programs to put their best foot forward and share their curriculum with employers. Employers can give feedback, so you're training on exactly the skills and certifications your community members will use on the job.

Upskilling in the Job

We offer courses to people already working in the industry to help them level up to new roles at work.
‍
If you’re working in cleantech and think you and your team could benefit from a shared course, we’d love to hear from you.

100% Clean Energy
will Take All of Us

We serve the people who are rebuilding our energy system from the ground up. We value diversity and inclusion. We’re eager to work with learners from all professional backgrounds and all genders, races, ages, veteran status, and sexual orientations.

3.5 million people work in clean energy today. That number is expected to triple in this decade. Our mission is to help you succeed! 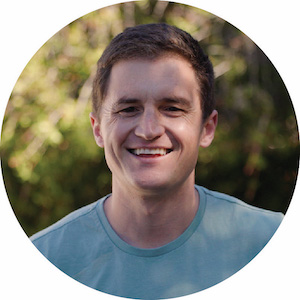 Sam is co-founder and CEO of Greenwork. He was previously a co-founder and Head of Analytics at Station A. Sam had the privilege of traveling the country on his dad Tom Steyer's presidential campaign. He got his A.B. in Applied Math at Harvard and M.S. at Stanford, where he was proud Co-President of the Stanford Energy Club. 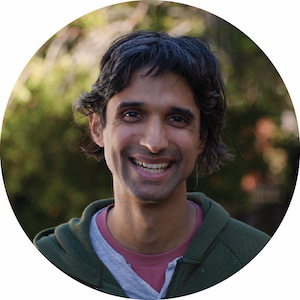 Gautam is co-founder and CTO of Greenwork. His 20 years making products have been spread between companies he started (Rickshaw, Jamglue), wildly successful companies he joined (DoorDash, Dropbox, Amazon), and innovative experiences (Media Lab). A long time ago, he got degrees from MIT. 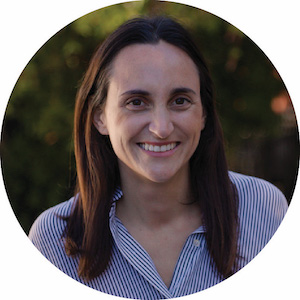 Sarah Rizk brings over a decade of experience in climate science, clean energy entrepreneurship, and green transportation to Greenwork. Sarah has been a leader at startups spanning electric motorcycles to IOT applications in the waste industry. She served in the EPA during the Obama Administration. Sarah has deep operational experience with expertise in training and scaling workforces. Sarah is currently a Staff Product Operations Manager at Cruise Automation. She holds an MBA and an MS in Earth Systems from Stanford University.

We're Proud to Support the Industries We Serve